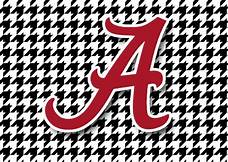 “When someone you love becomes a Memory, that Memory becomes a Treasure”

Buttercup was a rambunctious, curly haired little boy who played and ran the dirt roads of Flat Creek and everyone in the mining camp town knew him. He later grew into a man who was well- known throughout Walker and Jefferson County.

“Cup” attended Walker County Schools and was a phenomenal athlete; he played Basketball and Football; he was the first Black Quarterback to step onto the field for Dora High School, from where he later graduated.

After graduation, he worked at Standard, Barbers, Allied and Industrial but like many young men in the late ‘70’s, “Cup” began working in the Coal Mining Industry and worked for Drummond Coal Company for 15 years.

Approximately 4 months ago, Buttercup began to have failing health issues, hospital stays and was in a rehabilitation facility where on August 11, he succumbed to his illness and transitioned to an eternal life of peace, free of sickness and pain, to reunite with his Dad Henry, Mom Ruby, Sister Janet and Nephew Alexander.

“Cup’s” greatest pass times were Watching TV, hanging out at Walmart and Piggly Wiggly to socialize and Alabama Football.
Now, he gets a chance to Quarterback and Shoot Hoops with the Angels

To send flowers to the family or plant a tree in memory of Henry "Buttercup" Hawkins, Jr., please visit our floral store.

A Memorial Tree was planted for Henry "Buttercup"

Join in honoring their life - plant a memorial tree